Climate: Malaysia is generally warm throughout the year with temperatures ranging from 21° to 32° Celsius in the lowlands. This can however be as low as 16° Celsius in the highlands. Annual rainfall is heavy at 2,500 mm (100 inches). 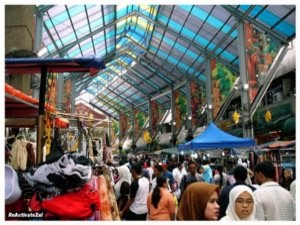 People: Malaysia has a population of about 22 million. It is a multi-racial country whose social integration has become a model for the rest of the world. Almost 80% of the total population occupies the Peninsular. There are three main races in the country. The Malays, who are Muslims, form the majority in the country. The other two main racial groups are the Chinese, who are mostly Buddhists and the Indians, who are mainly Hindus. Others who make up the population include the Eurasians and the more than 50 indigenous groups from Sabah and Sarawak like the Kadazans, Dusuns, Muruts, Ibans, Orang Ulu, Melanau, Bidayuhs, Penans, just to name a few. The different races have their own traditions and customs which gives Malaysia a colorful heritage. The important festivals of each race is a public holiday in the country (so there are a lot of public holidays here!) and celebrated by all regardless of race and beliefs.

Expenses in Malaysia: Living in Malaysia is far cheaper than most Western countries and some other Asian countries such as Japan, Hong Kong and Singapore. Housing, communications, transport (including taxis), local food, holiday accommodation, airfares, clothing, medical expenses, entertainment and recreation are cheaper than most expats have experienced.


Prices for groceries are also fairly reasonable, depending on where you shop. Malaysia has many supermarkets and hypermarkets and you can also buy food at the various outdoor markets at very attractive prices. As an example the current estimate on basic items are about RM3 for a loaf of bread, RM3 to RM4 for a liter of milk, about RM50 to RM95 for a kilogram of premium imported steak. To know more about the exchange rates based in your home currency. 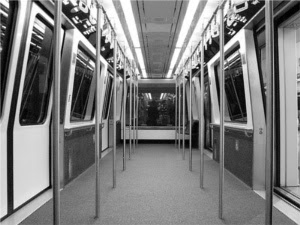 Transport: Malaysia has well-developed air and sea connections. It is also accessible by road and rail through Thailand and Singapore on the Peninsular. More than 25 major airlines service the international airports throughout the nation. Port Klang and Penang in the Straits of Malacca link the country to the rest of the world by sea.
Internal travel is relatively easy, comfortable and cheap. The major towns and cities are served by air-conditioned trains and buses and also by regular scheduled flights. Travelling by road in Peninsular Malaysia is popular as it has a well-developed network of roads.
In Sabah and Sarawak, travelling by four-wheel drive is recommended on unpaved roads, and many remote areas can only be reached by air or river boats. Travelling by rail is also highly recommended as you get a panoramic view of the countryside. To get value for money when travelling by rail, plan your journey in advance.

Food: Malaysia has many kinds of restaurants almost everywhere in the cities and towns. There are Malay Restaurants, Chinese restaurants, Indian Restaurants, Thai Restaurants and more. Eating out in Malaysia is a real gastronomic adventure. There is such a great variety; spicy Malay Food, a seemingly endless variety of Chinese food, exotic cuisine from North and South India, as well as Nyonya and Portuguese Food. Popular Malaysian dishes include satay, nasi lemak, rendang, roti canai, murtabak, laksa, chicken rice, and fried noodles. Western cuisine is also easily available. In addition, international fast food chains operate in major towns side by side with thousands of road side stalls and food bazaars. 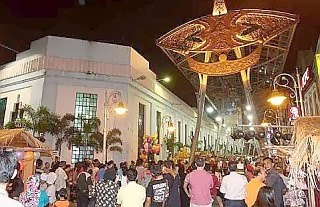 Gather more information about Studying in Malaysia at: http://www.zenithabroad.com/study-in-malaysia
Posted by Unknown at 01:51